You can upgrade your value as a developer, but you should first ask yourself one question

There are various reasons why a developer might want to increase his or her value to the company that they work for. They may be striving for a promotion, or they may be personally invested in the company’s mission and values, or they may simply want to cover their backs in case the company ever decides to downsize.

In this article, we will cover some of the things you can do to increase your value to your company. But we will also look at the question of why you would want to do such a thing. Since this topic mostly comes down to attitude and work ethic, it’s really important that you don’t go into it with the wrong philosophy!

Let’s start with the how.

#1. Get Down To Business

There are developers who like to lock themselves in a little technical bubble and never do anything outside of pure coding. But the most valuable team members tend to be those with a keen understanding of the the business side of their company. Try to gain a better understanding of the customers your product is made for, how it addresses their needs, and how it can be made more appealing to them. Research the market in which you are operating, and ideally find out about relevant new technologies which could be used by your company.

One simple way of doing something in this sense is to keep an open eye on what your competitors are doing. In the age of social media, this is normally not terribly hard. If you find out that one of your rivals switched to a different programming language, it’s a good idea to ask yourself why, and to investigate that language yourself.

When you do gain business insights, remember – it’s extremely important that you communicate! Bring up your ideas at standups and in casual chats with management. Developers aren’t always expected to strategize in these terms, so people won’t know you’re thinking that way unless you tell them.

#2. It’s All About Team Spirit

Is there someone in your team you personally dislike? Well, then it’s time to get over those feelings. Employees are valuable to a business not only for their own talents, but also for the effect they have on the team as a whole.

This starts with attitude. Aside from always being polite and respectful (which is something you should be doing anyway), learn how to bring good, cheerful vibes to the team. Do a little gesture every now and then to make your colleagues feel valued, or organise a social event. Show some initiative. You should be the sort of person that others are happy to work with and have in the team.

This isn’t just about being a nice person though. More practically, you should be consistently sharing and collaborating. Take juniors under your wing and help them get better. Write tutorials. Get the relationship to go the other way around as well – ask for help when you need it, and find others to teach you skills that you don’t have. Being someone with the ability to push the entire team forwards is guaranteed to make you an enormous asset wherever you work.

#3. Beyond The Call of Duty

If you want to stand out from others in the workforce, then you should be doing things that others aren’t doing. This means, in one word, volunteering. Become a brand ambassador, push company best practices, talk about the work your team is doing on social media.

Also, and once again, research new technologies and programming languages. Take courses online that will let you upskill (yes, we offer some of those too). Then bring this new knowledge into the development process and suggest new ideas. If something you came up with makes it into the product roadmap, that’s the sort of thing that people will remember for a long time.

The Big Question: But Why?

While it’s all well and good to want to increase your value to your company, you should remember that your firm is still a private business, and not your family. This is the reason why you should have a very clear understanding of your motivations before embarking on any of the initiatives described above.

For example, if what you are looking for is a raise or a promotion, then you don’t necessarily want to start by raising your value – your efforts might be better spent, rather, by making sure that your existing value is recognised.

Moreover, it’s crucial that you understand the people who form your management. Becoming a better element for your company only makes sense when you’re working for people who can see and appreciate what you’re doing. Putting in extra work that will reward your company without rewarding yourself is, quite simply, stupid.

It should be mentioned additionally, that there are also inept bosses who see creative, innovative team members as “problem makers” who are out to rock the boat rather than improving the way it sails. If you’re working for such a person and you want a raise or a promotion, then you should be doing the opposite of what we described above – you should keep your head down, and do a careful diplomatic work of massaging your manager’s ego (although in that situation, you may be better served by just leaving and finding a better manager).

The key thing to remember is that you should never put company betterment above personal betterment. Thinking in business terms, cultivating teamwork, and upskilling are all things worth doing in their own right. They will make you more valuable to the company for the simple reason that they will make you a better worker. But if you realise that your work is making the company extra profits without simultaneously or even commensurately letting you grow, then that’s your cue to rethink your strategy.

How Will Developer Salaries Change In The Next 10 Years?

Why Senior Software Engineer Interviews Have Become So Damn Difficult 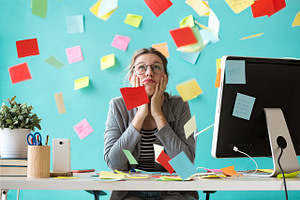 A dev guide to dealing with unreasonable deadlines

Most software developers know what it’s like to be given impossible deadlines. Not all know how to manage them.

Learning code is not about your skills. It’s about who you are.

There are four personality traits that matter if you want to learn to code. How many do you have?

A quick introduction to what kind of mathematics is required to enter this field of tech, and how to get started.