What is a sentence the person teaching you to code doesn’t want to hear? I gathered a few of our instructors to find out.

Coding instructors are usually patient, affable people used to handling all sorts of questions with a smile. Yet this doesn’t mean that there is absolutely nothing you can say to them that they do not want to hear!

I decided to gather some of our own instructors and ask them what their personal taboos were. The answers took some coaxing, as all of them started by saying that they’re always open to whatever query their students may have, but – after some considerable effort – I was able to unearth a handful of sentences.

Here’s the list of no-go areas for our coding instructors, along with an explanation from each of them of what makes them out of bounds. 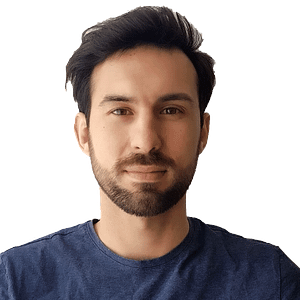 “I’m going to work twice as hard until I’ve reached my objective.”

While I commend students who demonstrate an industrious work ethic, I’m always a bit troubled when someone openly declares an intention to overwork. It forces me into the delicate diplomatic task of explaining to them that, in this case, they are being their own worst enemy.

Learning to code is a bit like building a muscle – it’s a slow, day-by-day process in which excessive strain will cause damage. Overburdening your mind with learning material only means that you will forget it much more quickly (the best analogy is the familiar experience of studying really hard for an exam, passing it, and then forgetting everything it was about in a matter of weeks). Worse, you may expose yourself to burnout, one of the most dangerous foes for any developer.

The way to learn is by gentle repetition alternating with moments of rest. You should see resting as an investment of your time, and not as a waste of it.

Before the heading throws you off, I should start by saying that I really don’t mind when a student throws their hands up in frustration and says “I can’t do this!” in response to a problem. It’s only when the student responds that way before having at least tried to solve the problem that I get a little impatient. Because in the overwhelming majority of cases, it turns out that when they do try, they can do it.

It’s perfectly normal for developers to feel like they’ve hit a wall, but it’s always possible to move past it with the right resources. That includes, among other things, motivation. If you look at a problem and your first thought is “I can’t do this”, well, give it a shot first. Often it’s not as hard as you imagine, and even if you find it challenging, just remember that everyone started out as a beginner.

“My computer isn’t doing it.”

If you just spilled a glass of milk into the ventilation system of your processor, then I’ll believe you have a hardware problem. But if your code isn’t giving you the output you were looking for, or if your animations freeze, or if your program keeps crashing, then what isn’t working is not the computer – it’s your code.

The sort of attitude that I like to see in my students is one of taking responsibility when a problem occurs. I may be pushing the analogy a little bit, but blaming the computer sounds to me like a foreshadowing of the sort of developer who blames his/her colleagues or boss whenever something goes wrong. Understand that you are in charge, and don’t go pointing fingers at your hardware or at anything else.

“I worked for 2 hours and nobody helped me.”

There are a few reasons why this sort of complaint rubs me the wrong way. Partly it’s the fact that I already spend most of my working time helping my students, and indeed our school offers a ton of resources – 1-on-1s with junior instructors, external mentors, open chat platforms – for students seeking help. So if someone couldn’t find help, there’s a real possibility that they weren’t looking for it.

More to the point, however, a bootcamp is about problem-solving. We’re here to help of course, but if someone goes into programming expecting their mentor or team-lead to solve all of their problems for them, they will be in for a rude awakening.

My advice to those who feel they need to get help all the time is to have greater faith in themselves. Nobody can teach you how to resolve in advance every possible bug that could ever occur. But we will give you the tools you need to solve problems by yourself. Just use them.

…And that’s a wrap! If you never said any of these things, then great – but if you did, don’t be discouraged! What made this blog so hard to write was precisely the fact that all of our instructors really struggled to come up with a true no-go sentence, and ultimately all the points raised have to do with attitude. So, rather than worrying about what you should or should not say, just focus on giving the bootcamp all you’ve got and on staying positive. Your instructor will never ask for anything more than that.

Learning To Code: The 5 Stages of Progress

Am I too old to code? A realistic approach

When people ask if they’re too old to code, they usually get motivational talks. We took the question seriously.

“I learned coding at university and bootcamps. Here’s how they compare.”

Aspiring young programmer Justin Horn was disappointed by the way university prepared him for the world of work – but coding bootcamps turned out to be a completely different experience.

Thank you for applying to WBS CODING SCHOOL, your application has been successfully submitted.

You will receive a confirmation email (don't forget to check the SPAM folder if you can't find it in your Inbox) and we will get in touch soon.