For WBS CODING SCHOOL graduate Alejandra Ossa Jimenez, a casual conversation opened a door that schools and universities had never even shown her to be there.

Alejandra Ossa Jimenez did not particularly enjoy her job, but in late 2018, when she knocked on the door of one of the developers who worked at her same startup, she was not performing one of her usual administrative chores. Instead, she sat with the developer – an Israeli woman called Osnat – and asked a simple but unexpected question:

“Osnat, could you tell me what it is like, to learn how to code?”

Alejandra had never encountered coding in practice, even though her personal, academic and professional backgrounds were outrageously varied. Born in Cali, Colombia, she had moved to the Spanish Basque country with her family as a child, and then by herself to the UK at the age of 20. In the luminous, festive city of Brighton she’d worked at a small hotel while taking a course for singers, then moved to Manchester for a Bachelors degree in Archaeology and Anthropology.

On the move yet again in 2014, she signed up for a Masters degree in Global Studies and Political Sciences at the University of Gothenburg, in Sweden, but left the city after one year – it was too expensive, and, perhaps more importantly, simply much too ‘clean’ for her rough and tumble taste. So in 2015 she moved to that beautiful mess of a European capital that is Berlin, where she finished her MA thesis, and at the same time found employment in the HR departments of local tech startups.

It was in one such startup that she met Osnat, and began a conversation that would kickstart a massive process of change in her life. Alejandra explained to Osnat that she had been observing what the developers were doing at the startup, that she’d been putting the pieces together, and was now interested in “figuring out what was going on behind the screen.”

Osnat took the question with congeniality. As a self-taught developer, she knew what it was like to have no institutional support – much less someone just saying welcome – when approaching the world of programming. She talked Alejandra through the basics of the field, told her about groups of women who code in Berlin, and introduced her to some of the possible entryways into coding. Seeing the glimmer in Alejandra’s eye, she finished with a simple encouragement:

“You know, you really should learn how to code yourself.”

It would be a few years of mulling over the decision, all the while dipping her toes in introductory courses, but eventually Alejandra found herself at home, working at her kitchen table (her boyfriend had taken up the bedroom desk), and something just clicked. Almost instantaneously, she decided she would go through with what that senior developer had first suggested years ago.

She was going to learn how to code.

Not wanting to wait the long times required by self-learning methods or university courses, she signed up for the WBS CODING SCHOOL bootcamp in Full-Stack Web & App Development.

“I loved the all-in atmosphere of bootcamps, the intensity of it all,” she tells me today, four months after she graduated. As we chat on a video-call, she has already signed a contract as Trainee Software Developer at Evrbit. “The WBS CODING SCHOOL bootcamp was slightly longer than some of its competitors, but for me that was a good thing. I could foresee I’d need a thorough preparation, and not a rushed one.”

Seeing how invested she is in coding today, I couldn’t help but ask why she never got into it before.

“Because I never knew I could,” she answers. “As a child, I barely knew this discipline existed, never mind having any actual role models for it. I ended up studying other fields because there was more guidance for them. But when it comes to coding, it wasn’t until my conversation with Osnat well after university that I actually had somebody tell me, you can do this.”

The advice Alejandra would now give to her younger self is one we might all learn from: “Pay attention to what is out there, and most importantly, do not wait for someone else to tell you that you can do something.”

We second that completely. There is so much you can learn if you set your heart to it. So don’t wait. 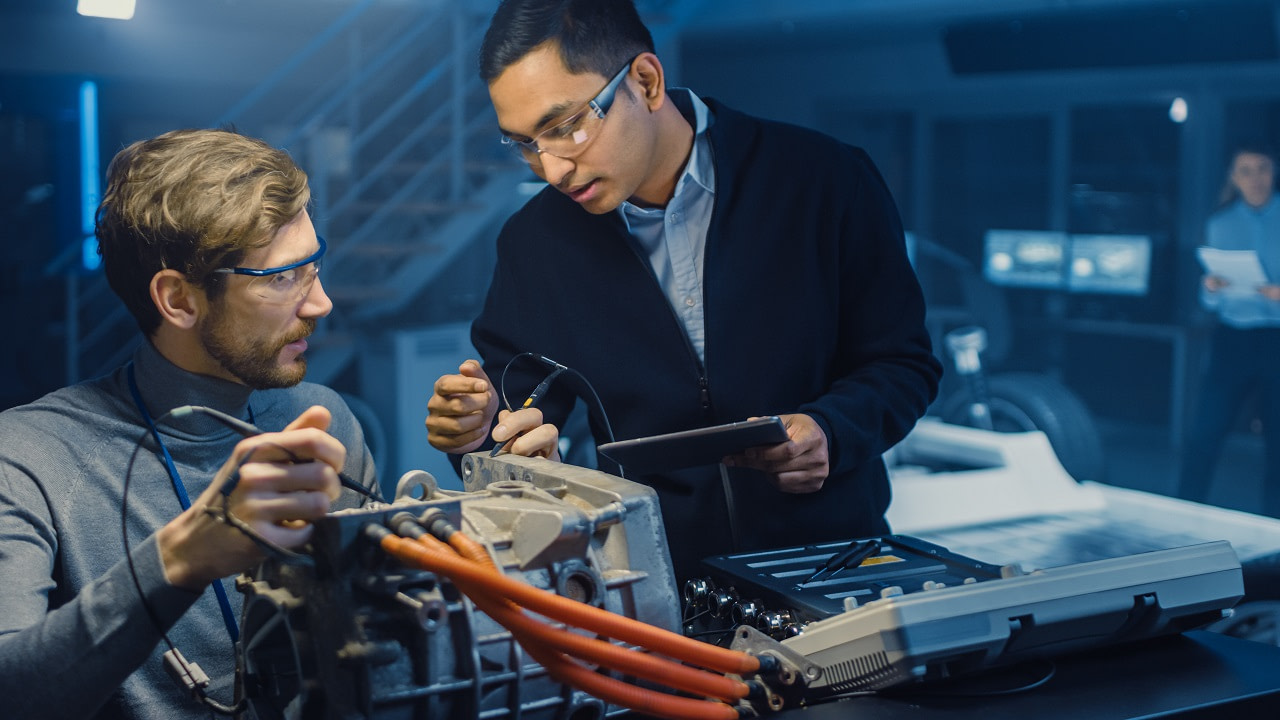 How to write faster code

Want to roll out your beautiful code faster? Here are five easy, practical tricks that will instantly boost your programming speed.

It may seem hard to choose between the two roles. Here’s how to make the decision.

What coding courses DON’T teach – and why it really matters

Professional coding bootcamps have one crucial advantage over free courses – it’s the one that nobody is talking about.